Lorie Lewis Ham has been publishing her writing since the age of 13 & singing since the age of 5. She worked for her local newspaper off and on for years, and in 2010 became the editor-in-chief and publisher of Kings River Life Magazine http://KingsRiverLife.com. She has also published 5 mystery novels–you can learn more about her mystery writing on her blog http://mysteryratscloset.blogspot.com/. 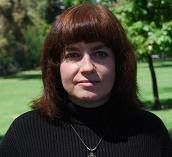 WHERE WRITING WHAT I KNOW HAS TAKEN ME

My writing life has almost always followed the idea of write what you know. As a child, I made up stories about my stuffed animals, and throughout my childhood up to adult I wrote about my life, pets, and other things I enjoyed. When I made a try at my first novel I tried to write a Star Trek book–I’ve been a proud Trekkie practically since birth.

As an adult, I wrote five mystery novels, four of which featured a gospel singer, which I’ve also been since I was a kid. I also wrote for our local newspaper’s religious section. A few years ago, I returned to working for the paper and wrote about many different things happening in my small town of Reedley (which by the way is the inspiration for the town in my books, Donlyn). The final book in that series, “The Final Note,” can still be purchased on Amazon.

Roughly five years ago, I was let go at said newspaper just before Christmas due to some creative differences with the editor! At first I was devastated, but what grew out of that loss has been something amazing-Kings River Life Magazine. I started thinking about all of the things my editor had told me I couldn’t write about because no one would read it–like book reviews, theatre in our area that wasn’t in Reedley itself, music, pets and local history, and I decided to create a magazine made of all of those things! Print was too expensive so we went with online. KRL became a reality on May 29 of 2010.

KRL has grown and expanded in ways I never would have expected–probably half of our readers now are all over the world and we expanded in many areas beyond what’s local. The biggest surprise for me was the explosion of our mystery section! But again, it was a world I knew and had connections in. It is now one of our biggest and most read sections, along with pets, and local theatre. Every week we feature mystery book reviews and giveaways, and most weeks we also have mystery short stories, and throughout the month we have author interviews, interesting mystery articles, and mystery TV reviews.

Our readership now runs from 8000 to 10000 a month! This with little more than word of mouth and social media! We also have food articles, fun local history, community related articles about those making a difference in their community, a fantasy section, and a strong mental health section. Now and then we also have some going green articles, and travel. Please check us out–there is a new issue every Saturday morning with other special articles sprinkled throughout the week! And something I’m most proud of is all of the animal rescue related articles that go up every month! If you advertise with KRL, you can designate 10% of your ad fee to go to one of three different animal rescues, because it’s important to us to give back. You can find us here: http://KingsRiverLife.com. You can also “like” us Facebook https://www.facebook.com/kingsriverlife and follow us on Twitter @kingsriverlife.

This year I have a new project–but it also ties in to things I know and in a round about way to KRL–I am starting a new mystery series featuring pet and entertainment blogger Roxi Carlucci. It is set in the Tower District of Fresno, California–the heartbeat of the arts in Fresno. You can keep up with my progress on this new project by following my mystery writer Twitter @mysteryrat or checking out my blog (which has been sadly neglected since KRL, but watch for that to change) http://mysteryratscloset.blogspot.com/.

Thanks for having me as a guest here and letting me share my journey with you, and I hope you check out KRL! 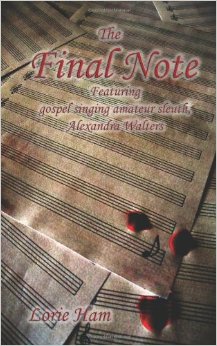