Today I am proud to have Marilyn Meredith as a guest on the VISITING AUTHOR / ARTIST section of PUSHINGTIME.COM. 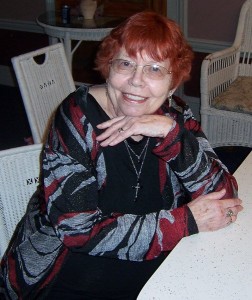 MY BRUSHES WITH THE “BIG GUYS” IN THE BOOK WORLD 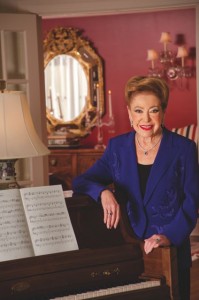 Early on, I attended a mystery conference in a camp-like setting and was thrilled to meet Mary Higgins Clark. She is the epitome of a classy woman. I met her again another time at an Edgar week event, and the dear soul greeted me with enthusiasm as though she remembered our first meeting many years before. 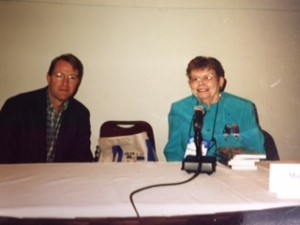 I served on a panel once with Lee Child of Reacher fame, also a friendly guy despite his fame, and we had a great visit in the elevator. We’d had a panel moderator who asked questions with such convoluted sentences and words I didn’t know that I had no idea what he meant. To answer him, I just said whatever came to mind. Most of the other panelists asked him to restate his questions and it was obvious they didn’t understand him either.

Mr. Child asked me how I figured out what he was asking when no one else did. I confessed what I’d done. He laughed and congratulated me on quick thinking. 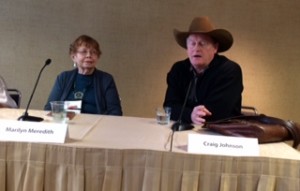 Another celebrity author I served on a panel with and is truly as nice as can be is Craig Johnson who writes the popular Longmire series. The room was packed, at the time not everyone knew he was and the other panelists were thrilled so many people had come to hear us. I knew exactly who drew the crowd. 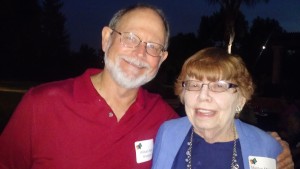 One of my favorite authors, a man who has won many awards, is also a friend, William Kent Krueger. Hubby and I had the honor to meet him at the Mayhem in the Midlands conference (Alas, no longer around.) He and hubby vied several times to be the best actor at the mystery dinner. It really was a test as to who was the biggest ham. Both won at different times. I ran into Kent this past year at the Manteca Book Festival.

There are many other writers of note I’ve spent some time with like being invited to sit at a Bouchercon luncheon table with Ian Rankin and his publisher and agents.

Though I’ve only mentioned authors who’ve gained a great deal of fame, I have many friends who write wonderful mysteries, so many I don’t have room to name them here.

Though I don’t have the fame or the name recognition of the above named authors, I have a new book out in the Rocky Bluff P.D. series—and it’s #13. 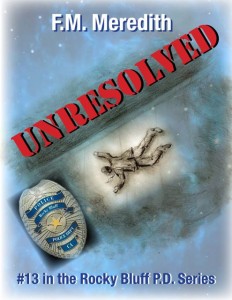 Rocky Bluff P.D. is underpaid and understaffed and when two dead bodies turn up, the department is stretched to the limit. The mayor is the first body discovered, the second an older woman whose death is caused in a bizarre manner. Because no one liked the mayor, including his estranged wife and the members of the city council, the suspects are many, but each one has an alibi.

Copies may be purchased from Book and Table by emailing bookandtablevaldosta@gmail.com with a 10% discount and free shipping

Bio: F. M. Meredith lived for many years in a small beach community much like Rocky Bluff. She has many relatives and friends who are in law enforcement and share their experiences and expertise with her. She taught writing for Writers Digest Schools for 10 years, and was an instructor at the prestigious Maui Writers Retreat, and has taught at many writers’ conferences. Marilyn is a member of three chapters of Sisters in Crime, Mystery Writers of America, and serves on the board of the Public Safety Writers of America. She lives in the foothills of the Sierra. Visit her at http://fictionforyou.com and her blog at http://marilymeredith.blogspot.com/

Tomorrow, April 29 I will write about the Authors Who Have Influenced me at: https://mmgornell.wordpress.com/